With this Thank you Gift, you will recieve the Andrea Bocelli: Believe- Live in Malta DVD.

Andrea Bocelli’s Believe performance is a unique concert, filmed in Malta last year. The concert showcases eight songs from Bocelli's acclaimed Believe album. Those eight songs are significant for Bocelli, representing the eight-point cross of the Knights of St John or better known as the Maltese Cross.

In a year characterized by the pandemic, the concert offers hope. Andrea Bocelli recalled that Malta is a living example of this, as it stands as an example of rebirth. After such a troubled history, Malta's past teaches us that there is always hope. That even in the most troubling situations, the sun will always rise.

Andrea Bocelli: Believe - Live From Malta is a special concert celebrating a message of hope, spirituality, and togetherness. 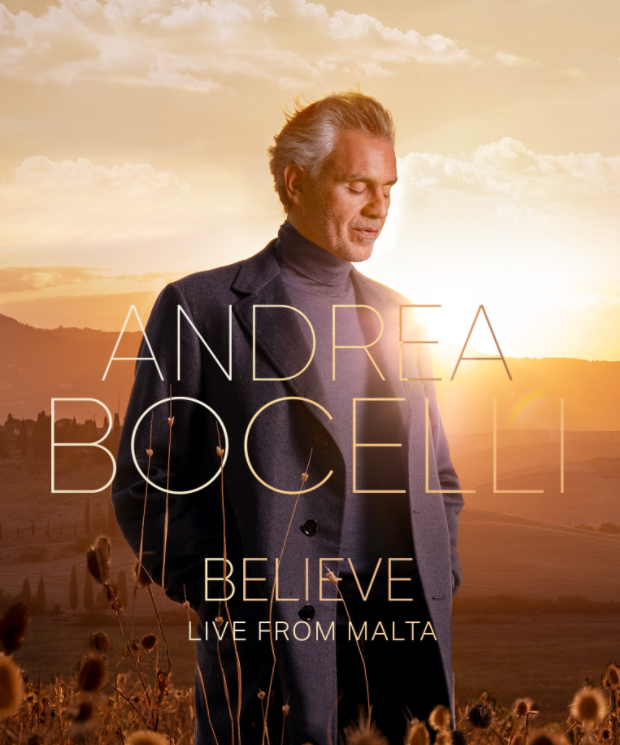