Bike across Chicago with Geoffrey Baer, using one of the city's most overlooked treasures, the 28 mile-long network of boulevards. Revealing the stories behind this boulevard system – the first such system in the country imagined in the 1860's &ndash, we'll stop and explore some of Chicago's magnificent parks, from Washington and Sherman Parks on the South Side, to Douglas, Humboldt and Garfield on the West. We'll also take a look into the rich history of bicycling in Chicago – from the fashionable cycling clubs that were all of the rage among 19th Century Chicagoans, to the more recent push to make Chicago the most bike-friendly city in America. Ride along with Geoffrey as he uncovers the city's hidden gems, not likely seen by car, as he bikes the boulevards! 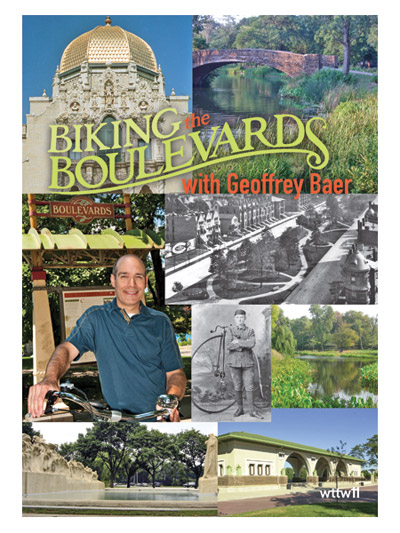