And Still I Rise Hardcover Book

The companion book to Henry Louis Gates, Jr.’s PBS series, And Still I Rise—a timeline and chronicle of the past fifty years of black history in the U.S. in more than 350 photos. Gates takes readers through the major historical events and untold stories of the sixty years that have irrevocably shaped both the African American experience and the nation as a whole, from the explosive social and political changes of the 1960s, into the 1970s and 1980s—eras characterized by both prosperity and neglect—through the turn of the century to today, taking measure of such racial flashpoints as the Tawana Brawley case, OJ Simpson’s murder trial, the murders of Amadou Diallo and Trayvon Martin, and debates around the NYPD’s “stop and frisk” policies. Even as it surveys the political and social evolution of black America, And Still I Rise is also a celebration of the accomplishments of black artists, musicians, writers, comedians, and thinkers who have helped to define American popular culture and to change our world. 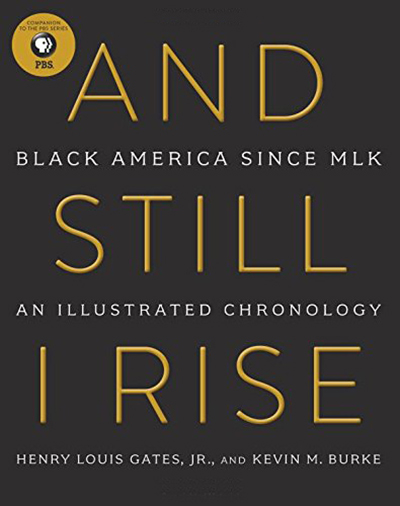