No one else sings country music with the passion and purity of Willie Nelson, Merle Haggard, and Ray Price — the elder statesmen of classic country music who have inspired artists and thrilled fans for decades. In March 2007, these living legends and Country Music Hall of Famers united on stage for the final performance of their “Last of the Breed” tour — a once-in-a-lifetime concert event that was captured in high definition and recorded in 5.1 digital surround sound for the ultimate concert experience. Backed by the Grammy® Award winning “Kings of Texas Swing” Asleep at the Wheel, led by Ray Benson, and Ray Price’s Cherokee Cowboys, Willie Merle & Ray: Last of the Breed Live in Concert delivers a feature-length masterclass in honky-tonk and western swing. 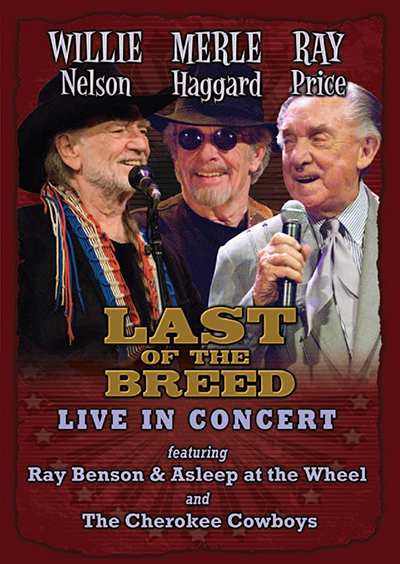