MAKERS: Women Who Make America tells the story of how women have helped shape America over the last 50 years through one of the most sweeping social revolutions in our country's history, in pursuit of their rights to a full and fair share of political power, economic opportunity and personal autonomy. Narrated by Meryl Streep, the documentary builds on the unprecedented multi-platform video experience from PBS and AOL, MAKERS.com, which launched in February 2012. Leveraging the combined reach of television and the internet, the project shares the stories of exceptional women whose pioneering contributions continue to shape the world in which we live. History tells us Cesar Chavez transformed the U.S. labor movement by leading the first farm workers' union. But missing from this story is his equally influential co-founder, Dolores Huerta, who tirelessly led the fight for racial and labor justice alongside Chavez, becoming one of the most defiant feminists of the twentieth century. 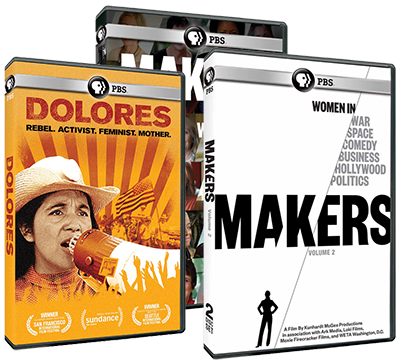