In July of 2011 and June of 2012, during production of the fifth & sixth seasons of Doc Martin, exclusive access was granted to the cast and crew to shoot behind-the-scenes interviews. In addition to the interviews & production footage, the segments on this DVD highlight the sights and sounds of the actual fishing village of Port Isaac (aka Portwenn) in Cornwall where the series is shot - which has now become a tourist hotbed, thanks to the series' international popularity. 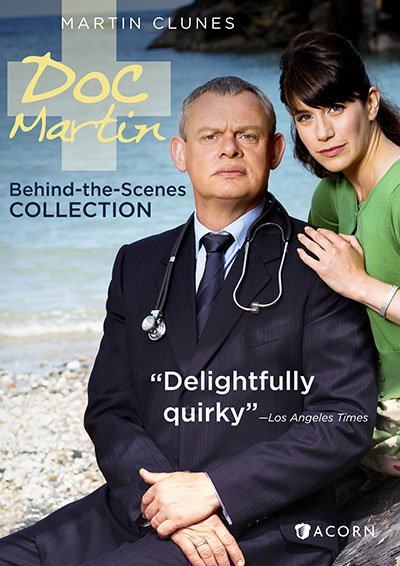