With this Thank You Gift, you will recieve the "Geoffrey Baer is My Tour Guide" Tote Bag PLUS the Biking in the Boulevards DVD!

Biking the Boulevards with Geoffrey Baer

Bike across Chicago with Geoffrey Baer, using one of the city's most overlooked treasures, the 28 mile-long network of boulevards. Revealing the stories behind this boulevard system – the first such system in the country imagined in the 1860s, we'll stop and explore some of Chicago's magnificent parks, from Washington and Sherman Parks on the South Side, to Douglas, Humboldt and Garfield on the West. We'll also take a look into the rich history of bicycling in Chicago – from the fashionable cycling clubs that were all of the rage among 19th Century Chicagoans, to the more recent push to make Chicago the most bike-friendly city in America. Ride along with Geoffrey as he uncovers the city's hidden gems, not likely seen by car, as he bikes the boulevards! 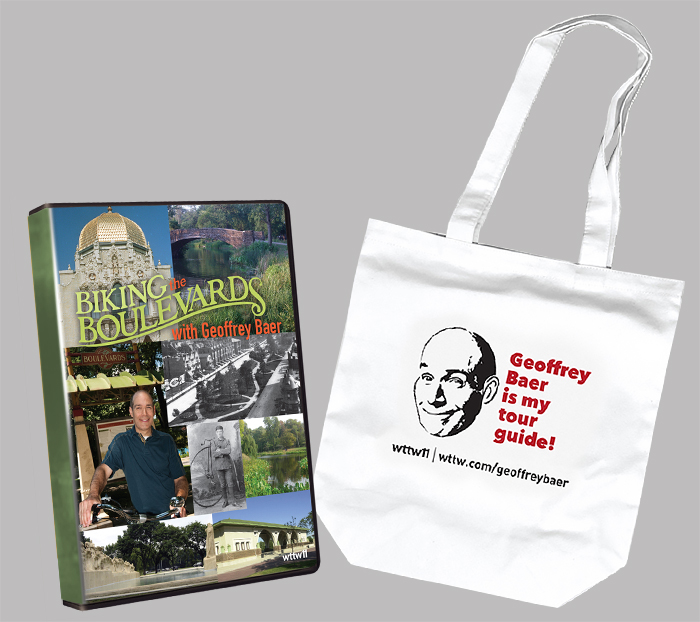