In this Thank You Gift package, you will recieve the 6-DVD Set of Diarmaid MacCulloch's dive into the History of Christianity in this new series, as well as his book, Christianity: The First Three Thousand Years.

A History of Christianity, a six-part series presented by Diarmaid MacCulloch, an Oxford history professor whose books about Cranmer and the Reformation have been acclaimed as masterpieces. A History Of Christianity will reveal the true origins of Christianity and delve into what it means to be a Christian. Intelligent, thought-provoking and magisterial in its scope the series will uncover how a small Jewish sect that preached humility became the biggest religion in the world. Most Christian histories start with St Paul's mission to Rome, but Diarmaid MacCulloch argues that the first Christianity stayed much closer to its Middle-Eastern roots. He describes not only the main ideas and personalities of Christian history, its organization and spirituality, but how it has changed politics, sex, and human society.

This series includes subjects from Palestine in the first century to India in the third, from Damascus to China in the seventh century and from San Francisco to Korea in the twentieth. MacCulloch is one of the most widely travelled of Christian historians and conveys a sense of place as arrestingly as he does the power of ideas. He presents the development of Christian history differently from any of his predecessors. He shows how, after a semblance of unity in its earliest centuries, the Christian church divided during the next 1400 years into three increasingly distanced parts, of which the western Church was by no means always the most important: he observes that at the end of the first eight centuries of Christian history, Baghdad might have seemed a more likely capital for worldwide Christianity than Rome. This is the first truly global history of Christianity. Diarmaid MacCulloch is one of the world's leading historians and Professor of History of the Church and Fellow at St. Cross College Oxford. The series is a BBC co-production with the Open University and Jerusalem Productions. Giftbox set of six 1-hour DVDs

A product of electrifying scholarship conveyed with commanding skill, Diarmaid MacCulloch's Christianity goes back to the origins of the Hebrew Bible and encompasses the globe. It captures the major turning points in Catholic, Protestant, and Orthodox history and fills in often neglected accounts of conversion and confrontation in Africa, Latin America, and Asia. MacCulloch introduces us to monks and crusaders, heretics and reformers, popes and abolitionists, and discover Christianity's essential role in shaping human history and the intimate lives of men and women.

MacCulloch uncovers the roots of the faith that galvanized America, charting the surprising beliefs of the founding fathers, the rise of the Evangelical movement and of Pentecostalism, and the recent crises within the Catholic Church. Bursting with original insights and a great pleasure to read, this monumental religious history will not soon be surpassed. 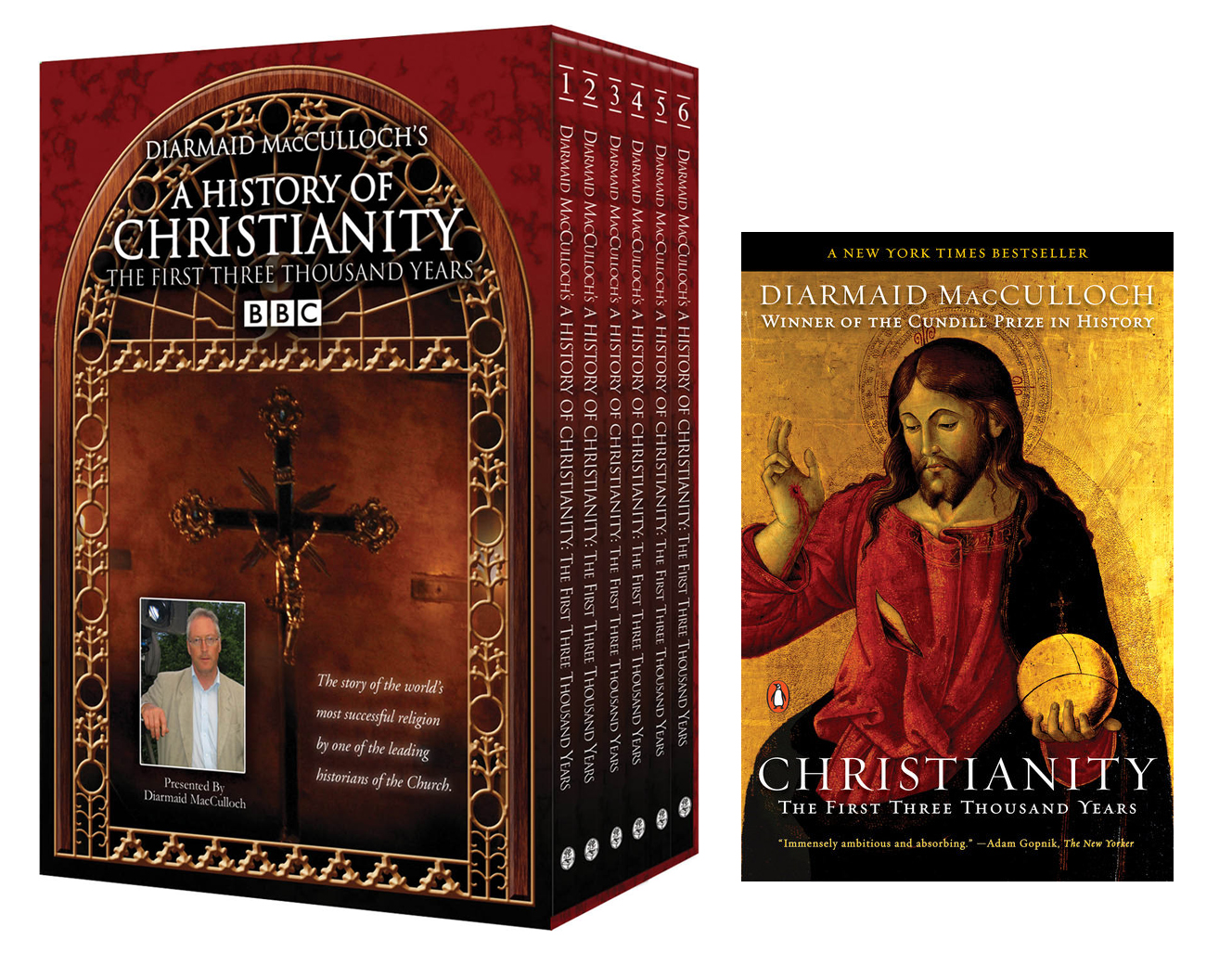