John Paul II in Ireland: A Plea for Peace DVD

In the fall of 1979, John Paul II was one year into a transformative papacy filled with hope and dynamism. Northern Ireland was a decade into the Troubles, a bloody conflict that shrouded all of Ireland in gloom. The dramatic encounter between this charismatic Polish Pope and the 'land of Saints and Scholars,' is captured poignantly in John Paul II in Ireland, a historical documentary and spiritual reflection of what ultimately brought peace to Northern Ireland. 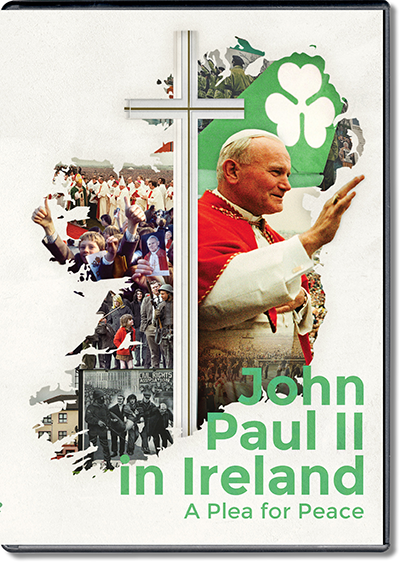