In this Thank You Gift combo- you will recieve the DVD, CD, and Paperback book for Ken Burn's recent documentary- HEMINGWAY, as well as Ken Burn's Mark Twain 2-DVD, set.

Considered the funniest man of his time, Mark Twain was a critic of human nature who used humor to attack hypocrisy, greed, and racism. As America's best-loved author, he created some of its most memorable characters and quoted sayings. Director Ken Burns digs beneath the legend to discover the true Twain and reveals his extraordinary life, filled with adventure and literary pursuit, incredible success and defeat, comedy, and tragedy.

*The Making of Mark Twain with Ken Burns and Dayton Duncan

*A Conversation with Ken Burns 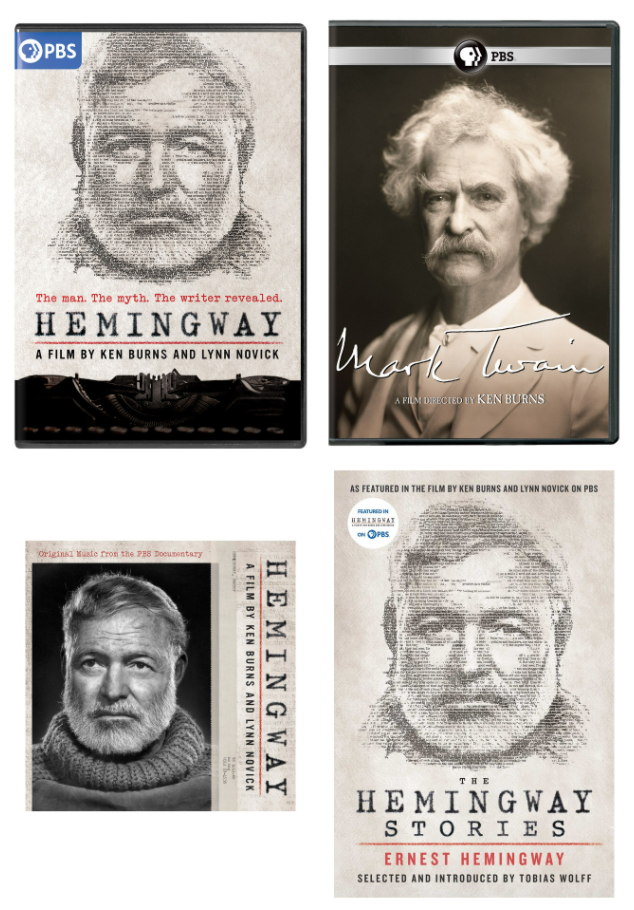