Through this treasured piece of recently restored recording, experience the voice that captured audiences around the world. With this CD Recording, you will be able to go back to one of Marian Anderson's most triumphant performances, singing on the steps of the Lincoln Memorial

In addition to the Lincoln Memorial Concert, you will also recieve the Copenhagen Concert CD recording. Copenhagen served as a further triumph, held in especially high regard in Scandinavia, and another reason that Anderson undoubtedly deserves her audience's affection. 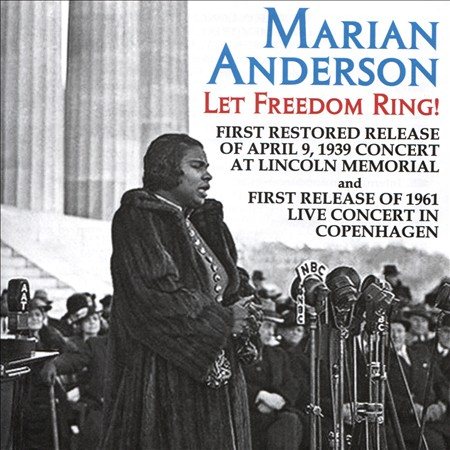