This 14-hour film chronicles the lives of Theodore, Franklin and Eleanor Roosevelt over more than a century. The series looks at how they not only redefined the relationship Americans had with their government and with each other, but also redefined the role of the United States within the wider world. With bonus features. Also included is the tie-in book -- an extraordinarily vivid and personal portrait of America’s greatest political family and its enormous impact on our nation. The book also delves into how Theodore, Franklin and Eleanor overcame tremendous obstacles and struggled with issues familiar to everyone. 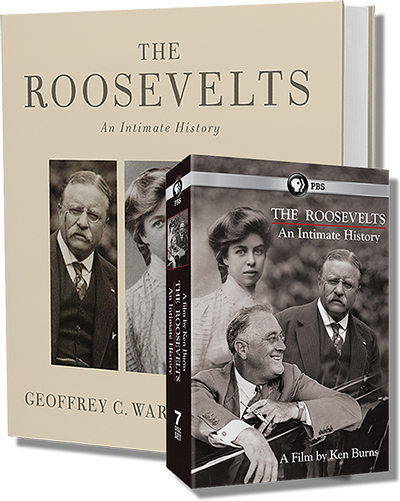