The Woody Guthrie All-Star Tribute Concert 1970 at the Hollywood Bowl celebrates the work of America's greatest folk singer. This rare and vintage historic tribute concert has never been seen before. It features Arlo Guthrie, Joan Baez, Pete Seeger, Country Joe McDonald, Odetta, Richie Havens, Ramblin' Jack Elliott and others in their prime. This star-studded event was a fundraiser for the California Chapter of The Committee to Combat Huntington's Disease now known as the Hereditary Disease Foundation as Woody died of Huntington's disease in 1967. This concert also features narration by actors Peter Fonda and Will Geer. Produced by 4-Time Emmy Award Winner Jim Brown.

DVD bonus features include: rare footage of Woody Guthrie singing "John Henry", "Ranger's Command" and "Greenback Dollar" as well as spoken pieces by Woody and others that are illustrated by archival photographs and documentary footage.

A ''Tribute to Woody Guthrie'' was planned for two performances at Carnegie Hall on January 20th, 1968. The list of artists joined Woody's own friends and peers with the next generation of songwriters and musicians just coming into their own. Appearing at the January concert were Judy Collins, Bob Dylan (in the first public appearance after his motorcycle accident in 1966 with members of The Band), Jack Elliott, Arlo Guthrie, Richie Havens, Odetta, Tom Paxton, Pete Seeger. Actors Will Geer and Robert Ryan narrated the program. Both performances were sold out an hour after tickets went on sale. Those fortunate enough to attend participated in one of the most exciting and remarkable musical experiences of all time. Two years later, eighteen thousand people attended the west coast Tribute which took place on September 12, 1970, at the Hollywood Bowl. 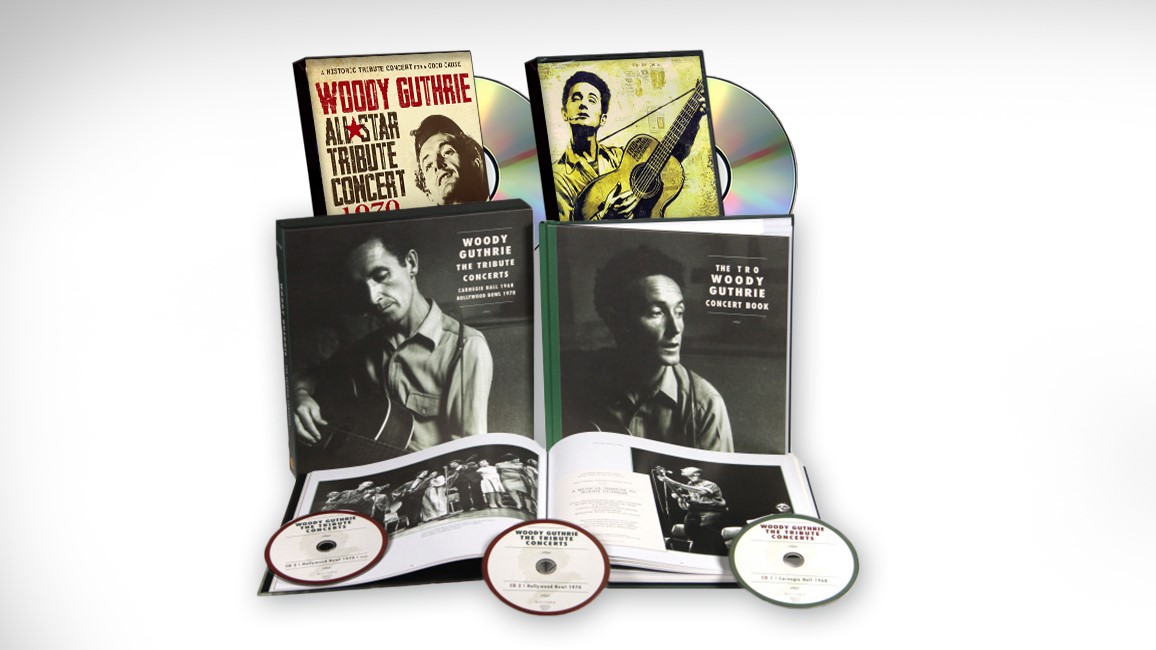