Travel by vintage speed boat, Model T Ford, and bicycle on a tour through the Chain O' Lakes region and along the Fox River, exploring historic towns and small industrial cities along the way. The journey starts at Blarney Island, a rowdy bar in the middle of the a lake, and ends sixty miles down the Fox River at Mies van der Rohe's Farnsworth House, one of the worlds' greatest examples of minimalist modern architecture. In between there's a wealth of fascinating history and colorful characters, including an old-fashioned auto race in Algonquin, the original private eye in West Dundee, the largest Hindu Temple in North America, and much more. 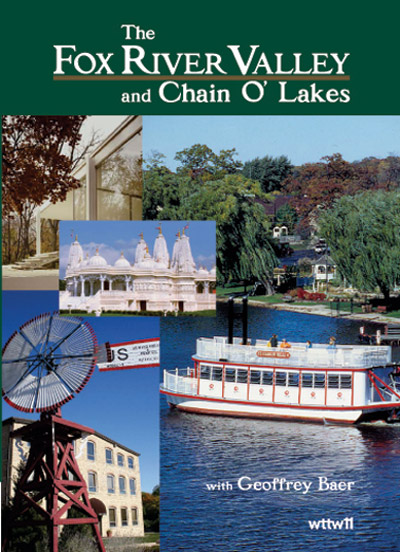